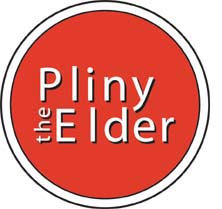 Pliny the Elder is truly an amazing beer with a cult like following and very limited quantities. However with this killer kit you can make your own Pliny and perhaps you will develop your own cult following where you are worshiped by your beer loving friends.,,Light malt color, huge hops, and a dry finish. Be prepared for an outrageous amount of flavor.,,This is THE original Pliny recipe, given to us directly by Vinnie. This beer is an intense double IPA: High bitterness with a dry malt finish, 8% alcohol, 6 separate hop brew additions, 3 separate dry hop additions, and intense hop flavor and aroma! Pliny sets the standard for Double IPA's!,,Who is Pliny The Elder,This beer is named after Gainus Plinius Secondus, or Pliny The Elder, a Roman author, lawyer, naval man and naturalist who first mentions the botanical name for hops in his writings - lupus salictarius, which translated from latin means Wolf Among Willows. Sadly, Pliny died while helping people escape the eruption of Mt. Vesuvius in August, 79 AD. Pliny the Younger was the nephew of Pliny the Elder and is the name of another outrageous and highly sought after beer from Russian River.,,Russian River Brewing,If you have not tasted beers from Russian River Brewing Company, you should. This is a brewery with huge demand that keeps quality as a first priority. Owner Vinnie Cilurzo is also unique in that he still actively brews and tests recipes and ingredients (on a MoreBeer! Brewsculpture by the way) on a constant basis. Amazing.,,,Makes 5 gallons,,,Estimated Original Gravity:1.070-74,,,SRM (Color Range): 10,,,IBU's: 198-202 (this is a theoretical number, you will actually get around 100 IBU),,,Estimated Alcohol Percentage: 8%,Our recipe kits DO NOT include grain bags or yeast. The recommended yeast(s) can be found below. All grains will come milled.