Barrel aging beer is not a new trend, but if you look around at your local brew pubs and beer shops you will see the expanding varieties of wood and barrel aged brews. Wood adds additional aromas and flavor components such as vanillin, tannins, spice and toast that brewers can use to their advantage. Many craft breweries have barrel programs dealing in wine and liquor barrel aged brews. The barrels they use usually range from 55 to 65 gallons and are sourced from major liquor distilleries, barrel brokers and vineyards from across the country.

For home brewers, brewing with a 55 gallon liquor barrel is not very practical unless you are brewing with a group and everyone dumps in to fill the barrel (which is very fun by the way). Most home brewers are looking for wooden barrels to hold their 5 and 10 gallon batches. Getting your hands on these smaller oak homebrew barrels can open up a whole new world of homebrews.

We sat down with Josh Hare of Hops & Grain Brewing in Austin, TX to discuss his barrel program and get some insight from a passionate home brewer turned pro brewer.

A homebrew recipe you may have success fermenting/aging in steel or plastic could curtail or amplify flavors you weren't expecting in a barrel, so Josh recommends that you "taste as you go". Whether you are oaking or souring the beer it is always good to keep some type of flavor stage journal. Josh created a series of flavor stages for his sour (Brettanomyces) barrel program that includes descriptors of taste and aroma.

"Once you get familiar identifying the stages fermenting wild yeast go through you will quickly know where your beer is in the aging/souring process," Josh says. "Brett (wild yeast) goes through many phases, which some kick off horrible aromas like wet barnyard and dirty diapers. This is what I call the rank stage."

"Patience is key in any barrel project. Most wild beers are put in the barrels and sealed off for 4 to 6 months. Some beers finish quicker than others, so it is just a matter of tasting the beers and determining if they are finished."

"If souring with wild yeast and bacteria in a barrel, keep everything seperate. A wild barrel can never be fully cleaned for brewing a regular brewer's yeast beer again."

"Use a tight fitting blow off tube if you are fementing in the barrel and run it into something like a bucket of sanitizer in a bath tub."

"With barrel beers I find that carbonation only intensifies the barrel aromatics. Sometimes I think an aroma or flavor is low-key until I carb up the beer and then POW. Just remember that when you are doing your sampling. You can try ratio blending a small sample with CO2 when doing your final tasting, so you don't ruin a whole batch."

Barrels are an ideal breeding ground for wild yeast and bugs (bacteria), so when a new barrel arrives at your doorstep you need to hit it with hot water to keep the microorganisms under control. The hot water bath will kill off some surface bacteria and wild yeast, but not those found deep in the porous wood. You don't want to get rid of all of them anyway. 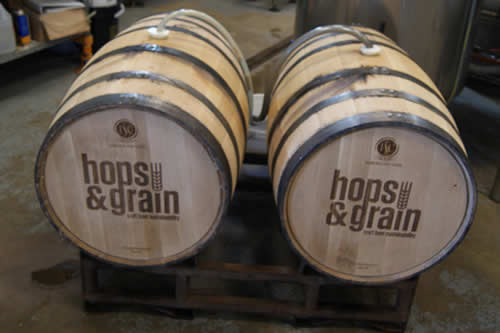 If your barrel is dried out or leaking you can submerge the barrel in water for 24 hours and the wood should swell back up.

Once the beer is happy in the barrel it is best to keep the barrel bung closed as much as possible. You can use a stainless steel nail in the barrel head to create a sampling port. (Pre-drill the hole, so you don't split the wood.)

Drill a hole using a 7/64" drill bit on the bottom of the barrel head (6 o' clock position). Have two sizes of stainless steel nails on hand from McMaster-Carr.

Use the smaller nail, but keep the larger one around just in case a hole gets bored out too large. 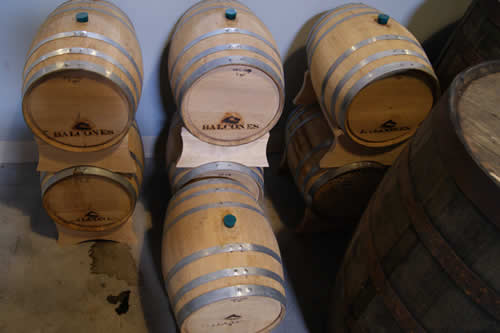 Between beers you should rinse and disinfect prior to every new filling. Try not and let the barrel run dry between fillings. This gives bacteria, mold and other critters time to grow. If your barrel does dry out you can fill the barrel with water and potassium meta bisulfate, which will release sulfur dioxide into solution. You can either store a barrel empty or with a sulfite solution to try and retard contaminants before they take hold.

A transplant from the Odell Brewing Company in Colorado, head brewer Joe Mohrfeld recently set up shop in Austin, TX at Pinthouse Pizza Brewpub. Joe is no stranger to brewing beer in barrels. At Odell he managed their ever changing wood aged beer list and wood cut series. He is growing the Pint House Pizza wood aged beer list with his latest barrel offering, Jaguar Shark - an Imperial Stout aged in Wild Turkey barrels.

Joe was kind enough to share some of his best practices when it comes to brewing with barrels.

"A clean barrel inside and outside is important, but the date you get the barrel really determines how you should treat it," he said.

"I really don't store barrels unused, but if I had to then I would not keep them full of water. Store them closed after a steam or hot water flush and possibly hit it with a CO2 blanket." 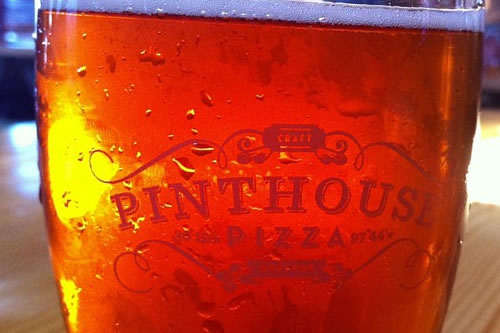 I asked Joe how long he normally ages his beers and how long he uses a barrel before retiring or making it a permanent sour barrel.

"Most information circulating on aging time is never true and is a big generalization. To be really good at this you have to actively manage the barrel."

"I usually taste the beer one week after filling to see where we are and leave beers in the barrels for 2 - 2 1/2 months on average. Just because beer goes in a barrel doesn't mean it's going to be good when it comes out. "

"I use the barrels 1 or 2 times on clean fermentations and then 5 or 6 times for sours," he said.

For more details on brewing with barrels, wild yeast and microorganisms you should read Wild Brews by Jeff Sparrow. There is a nice chapter on how to manage a barrel and more than enough information for a home brewer to be successful making barrel aged beer at home. 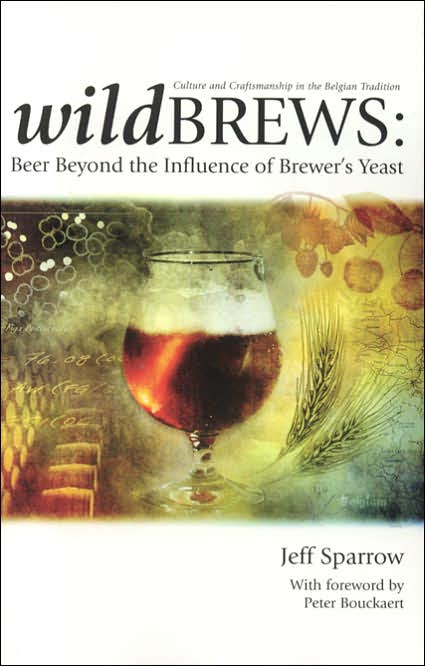