by Homebrewing.com Staff
7 Reasons You Might Want to Bottle That Next Batch 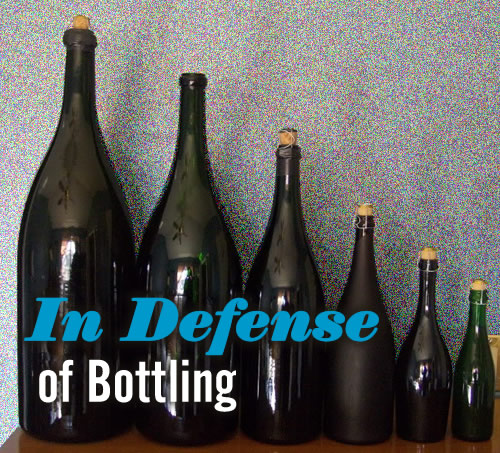 Mention bottling to any given group of homebrewers, and you may hear a lot of "I hate bottling" grumbling. And fair enough. Bottling's not for every brewer-just as kegging isn't, either. Kegging is a great way to package your beer and keep it ready to serve, but the pros of bottling homebrew just may have you dusting off your hand capper.

"Bottling is an inexpensive way to store beer," says Jim Stockton, owner of the Home Fermenter Center in Eugene, Oregon.

"It's easy to do. Washing can be tedious to some people, but it goes quicker than you may think. Plus, you can easily store it out of the way until it's aged enough, and then you can put the beer in your household refrigerator, instead of a dedicated fridge like you need for a keg."

Here are some more advantages bottling offers over kegging for your latest batch of homebrew.

Bottling beer is a pretty beer-budget operation. You can make it more expensive if you want, such as by buying new bottles from your homebrew shop. But bottles are easy to come by (just ask friends for rinsed-out empties, unless you want to do lots of scrubbing), and in no time you can have a bottle stash good for multiple batches of homebrew. Plus you'll have no CO2 to resupply, and far fewer tubes or other equipment to maintain or occasionally replace.

Kegging beer requires sourcing kegs, parts, tubing and fittings. Many of these expenses will be one-time costs, but those costs are not insubstantial. If you bottle homebrew, your recurring cost is bottle caps.

Plus, if you're going to keg your beer, you have to keep it cold. For most homebrewers, that means some sort of dedicated cooling system, such as a kegerator. A kegerator is essentially a second fridge, converted to keep your beer happy.

First you have to get the fridge. Then you have to convert it to work for kegging. Both of these things will likely entail some cost, both in terms of many and your time.

But that's not all. Then you have the higher monthly utility bills of running another fridge in your home.

But with bottling, there's no fridge to convert. You can just stash some bottles in the fridge you already have.

Transporting kegged beer is not always the easiest thing to do, plus you need additional things such as ice, a bucket and tubing for serving and chilling the beer. (Though if you only want to bring a smaller amount of beer, some homebrewers will fill a growler or 2-liter soda bottle.)

But with bottled beer, all you do is grab your case or your 6-pack and go. No hoses to check, no fittings to worry about, no ice to grab from the store, no back to strain.

Here bottling beats kegging hands down. Many homebrewers have a cellared stash of their favorite craft beers, as well as their own homebrews. Some of these beers could be in the cellar for years or decades-you just can't keep kegged beer that long.

My wife and I have bottled beer in our cellar that's 4 years old now, and counting. When we brewed 10 gallons of a Belgian-style Tripel for our wedding in 2009, we kept back a case of 22-oz. bombers, and open one on our anniversary. It's not uncommon for many of our other batches of homebrew to last over a year, and we get to enjoy how they've changed from when they first finished bottle conditioning.

Cellaring beer is the ultimate way to appreciate your homebrew for the long run. Beers change as they age (or, rather, evolve). Kegs don't cellar. Bottles do.

Heading to a party? Bring a 22-oz. bomber as a gift for the host. Special occasion? Dig out one of your special homebrews from the cellar. Bottling means you always have a ready-to-grab gift.

Bottled homebrew is also easy to decorate for an occasion or the recipient too. Put a snazzy label on the bottle, or tie a bow around the neck. And those gift bags at the store for bottles of wine? A bomber bottle fits just as well.

Many people who keg beer say it saves time, but the point is moot. Yes, it takes longer to sanitize bottling gear, as opposed to a keg and some tubing. Most of the additional time is for sanitizing bottles.

But when you step back and look at the entire brewing process, the time to sanitize and fill bottles becomes pretty teeny. There's many a homebrewer who wouldn't think twice about spending all day mashing and boiling a batch of wort, plus preparing and cleaning all the equipment needed for brewing. The extra time it takes to bottle becomes, well, pretty small beer by comparison.

Ultimately, we don't brew because it's a time-saver. If time were what mattered, we wouldn't brew, we'd just buy beer at the store. We brew because it's fun and we enjoy the craft. If the versatility of bottling gives you what you need out of your homebrew, then bottling is well worth the slight amount of extra time.

The magic of bottle conditioning makes bottled beer dynamic and ever-evolving. By securely fastening with oxygen-absorbing caps and storing in a dark environment that keeps the beer stable, the bottled beer (and the bit of yeast inside) mean that the beers flavors and aromas will change over time. Different flavors will dominate and subside, or meld in new ways.

None of this is to say that kegging beer is a bad idea. Kegging is the preferred method for many homebrewers, and with good reason. However, bottling often gets a bad rap that's undeserved. When your next batch of homebrew is ready, give some good, hard thought to whether this batch, or at least some of it, is better served by the keg or the bottle.

The answer may surprise you.

Related Articles:
Tips on Priming Bottles of Home Brew
Kegging Beer vs. Bottle Conditioning
How to Bottle Your Homebrew From a Keg 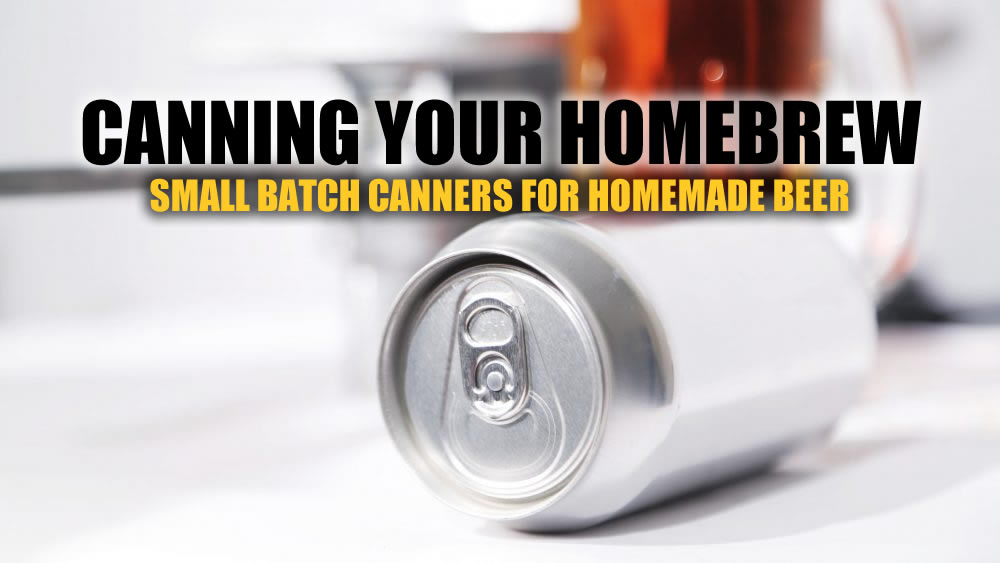